On Saturday, Scrooby Manor – historic home of the Brewster family – was open to the public for the first time. A free heritage day was organised by Pilgrim Roots with partners Manor Opera, with activities in the Manor grounds and an opportunity to tour the Manor for a small fee. 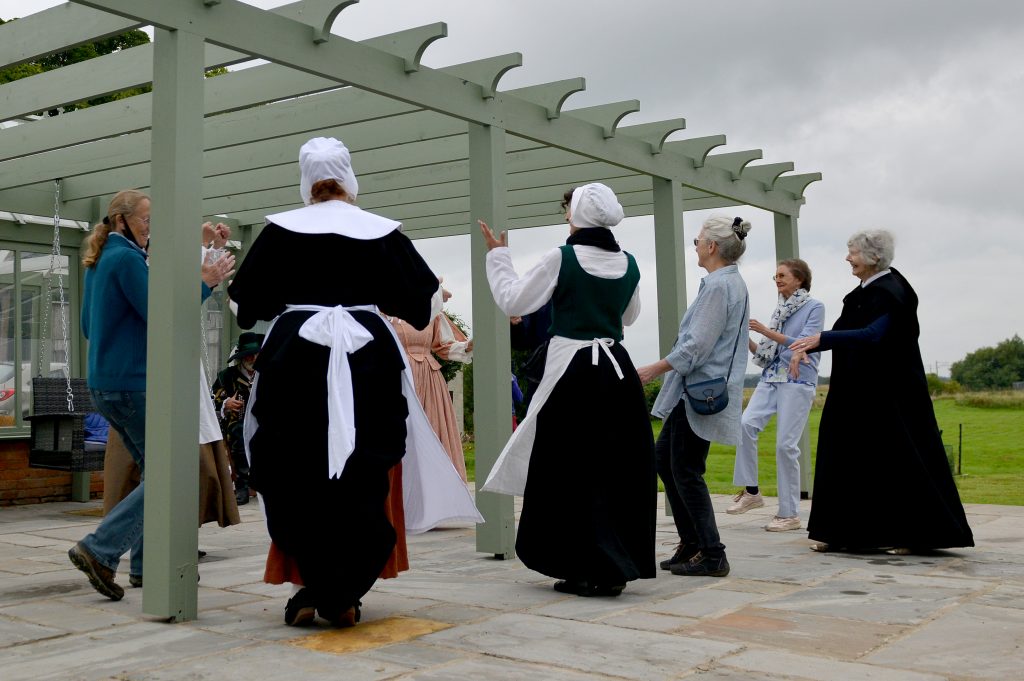 The day proved very popular, with the limited tickets for Manor tours quickly selling out and a second wave of day tickets needing to be released. A 17th century dance workshop took place in the morning, followed by an operatic performance from Manor Opera founders Kamilla Dunstan and Carrie-Ann Williams. 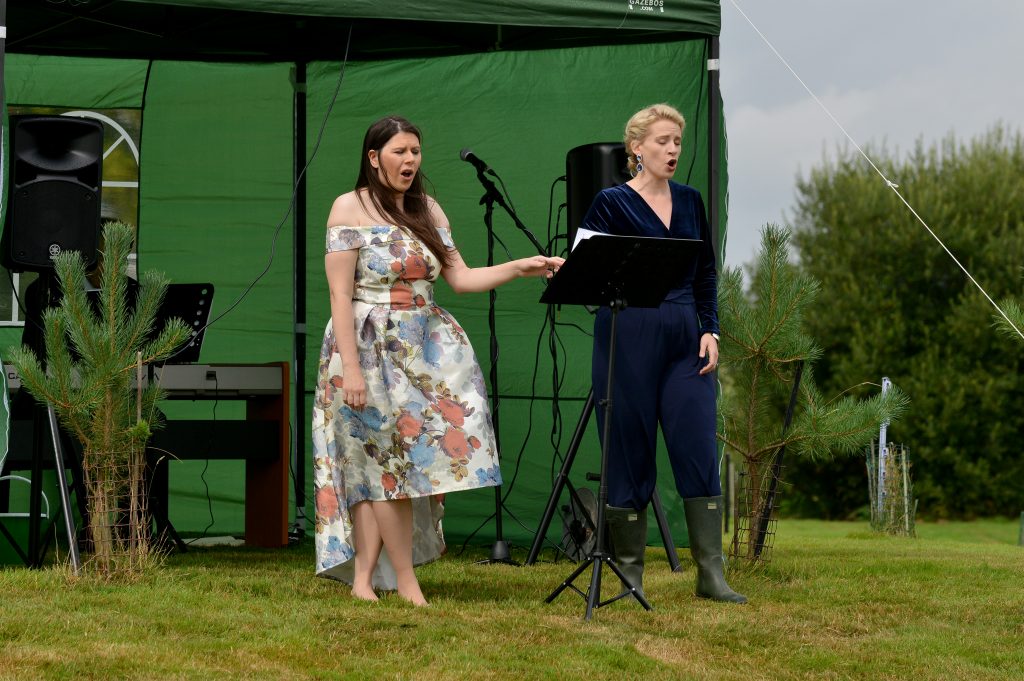 Throughout the day, visitors could chat about pilgrim history and learn more about the Pilgrims trail; decorate a tile & admire replica pottery; get dressed up in 17th century garb & have a selfie in front of the Manor; purchase refreshments & wander the beautiful grounds. 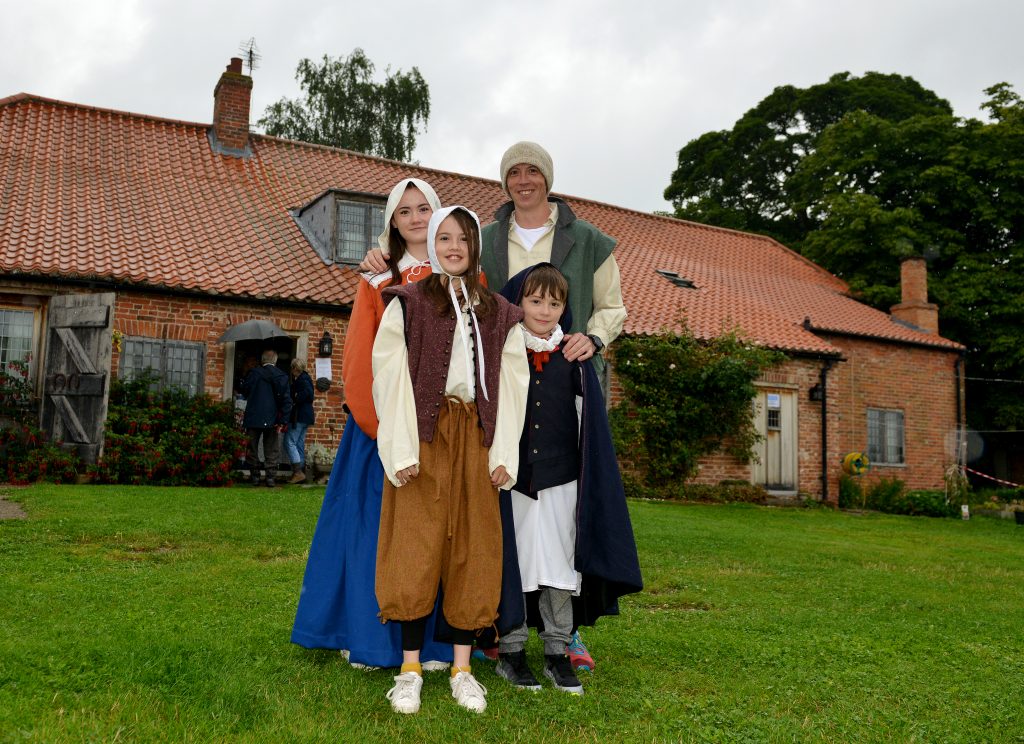 Derek Turner, Friends of Bassetlaw Museum said ‘We enjoyed every aspect of our visit to Scrooby on Saturday.’

Isabelle Richards, Heritage Engagement Officer said ‘It’s wonderful to be out and about on the Pilgrims Trail again – to take the Separatists’ story out to new audiences, and to bring a new perspective for those who are familiar with the tale.’

Austerfield church, where Bradford was baptised, hosted a quilt festival over the weekend in collaboration with Austerfield Study Centre. On Sunday, the Mayor of Doncaster welcomed one of five pilgrim embroideries to its new home in the church. This embroidery focuses on the story of Austerfield born, William Bradford, one of the Mayflower Pilgrims leaders. 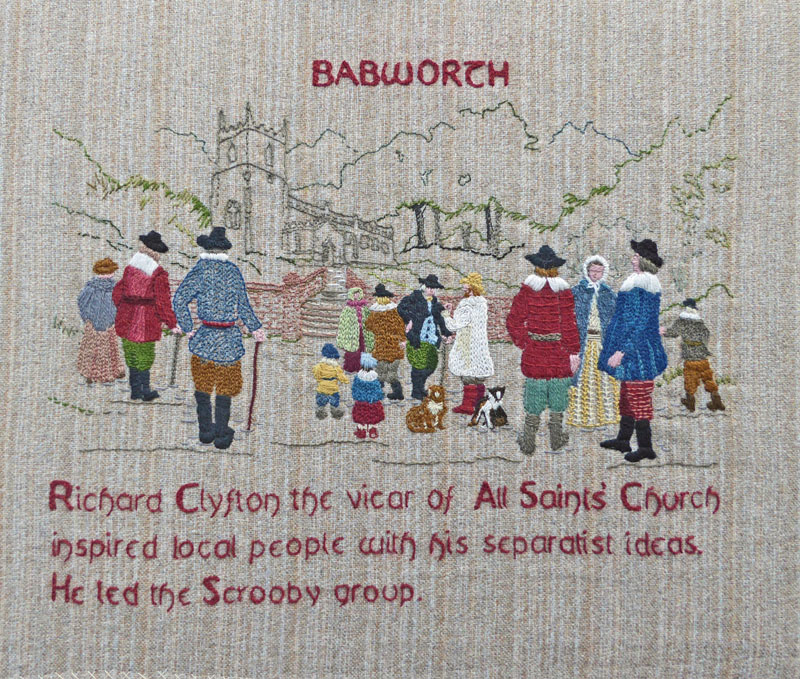 The five large embroideries have been made to commemorate the Mayflower 400 celebrations by a small group of North Nottinghamshire embroiderers, known as The Pilgrim Embroiderers. The works are being donated to the churches at Austerfield, Babworth, East Retford, Scrooby and Sturton le Steeple, that can be found along The Pilgrims Trail. The East Retford embroidery was installed at St Swithun’s church with the Mayor of Retford in early July this year, and the three remaining embroideries will be making their way to their permanent homes in due course. 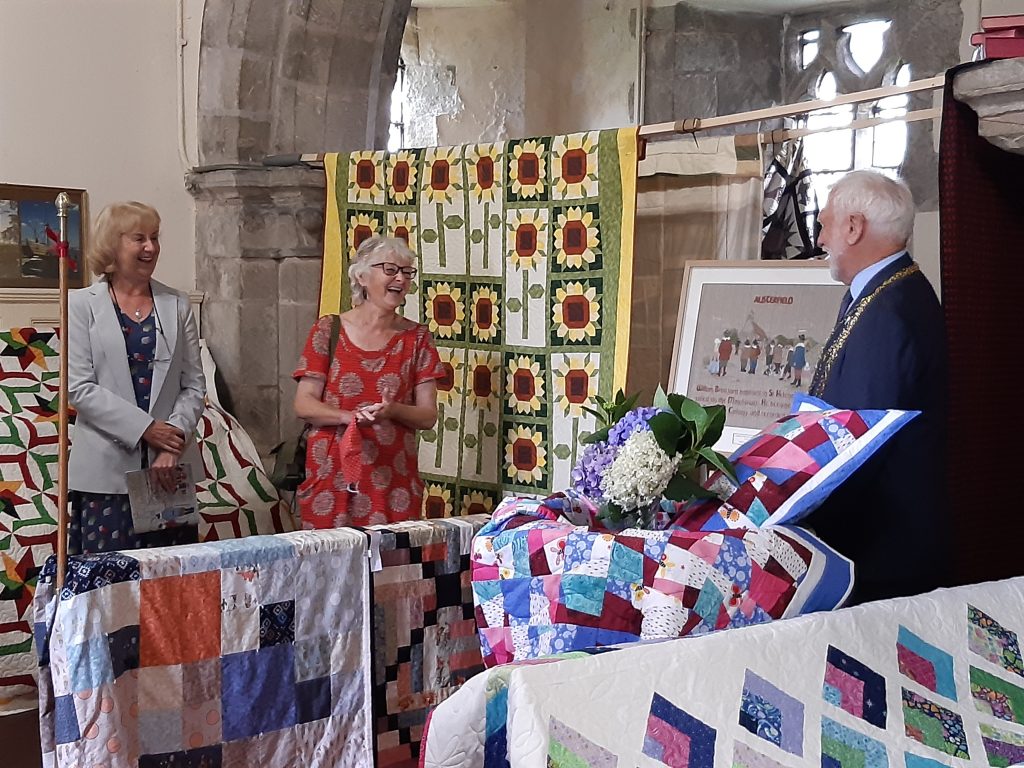 “We are delighted to receive the embroidery to display in St Helena’s Church. The connections that Austerfield has with history are remarkable, reaching back to the Synod of Austerfield in 702, which debated the fate of St Wilfrid and decided the date of Easter. More recently, local man William Bradford, who was baptised in St Helena’s, became a leader of the Mayflower Pilgrims, signed the Mayflower Compact, was Governor of Plimoth Colony for many years, and recorded the definitive story of the Mayflower Pilgrims from 1606-1646, in his book History of Plimoth Plantation.” 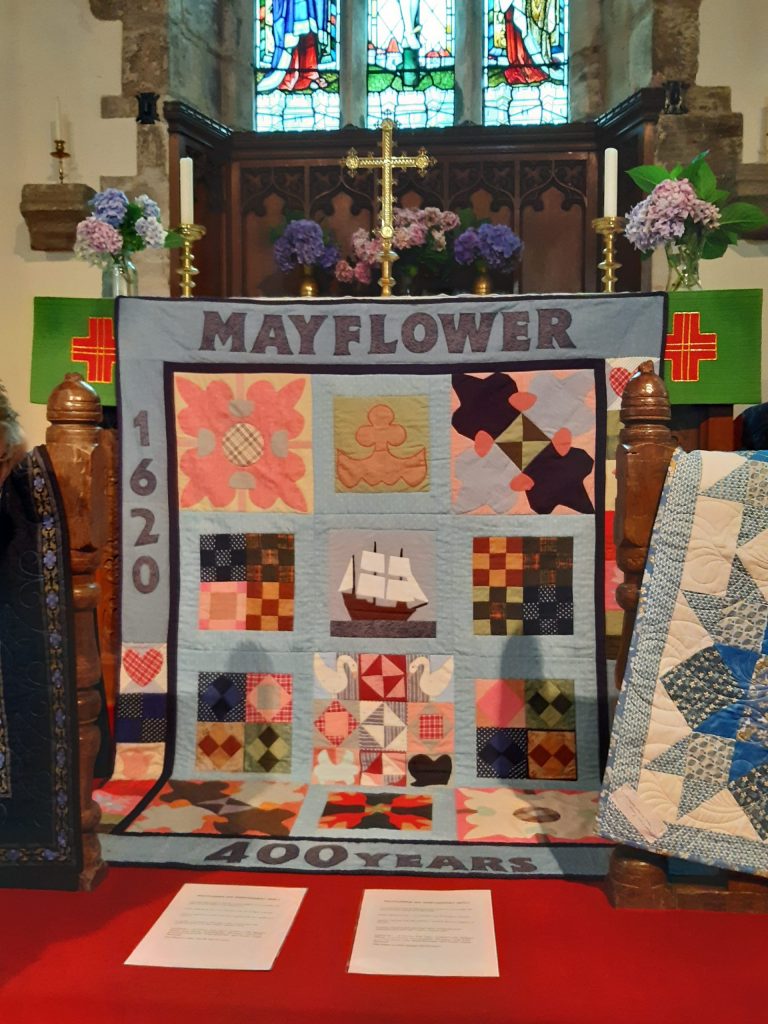 You can discover more about the history of both churches in our #WhereItAllBegan video series.