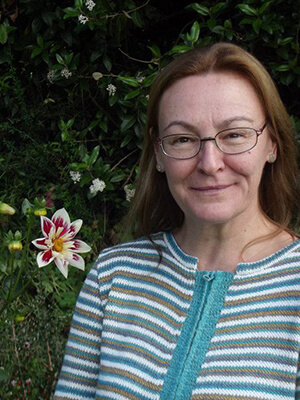 Freedom and Tolerance is as important today as it was 400 years ago – in the anniversary year of the Mayflower Pilgrims, let’s see what history can teach us about journeys, rebellion, and things we take for granted.

Speakers include:
Lord Beith – Member of the House of Lords Constitution Committee and the Lord Speaker’s Committee on the size of the House. MP for Berwick upon Tweed, 1973-2015
Subject: Methodist Heritage and its significance today
Lord Beith will refer to the heritage of one of the three elements that make up the Methodist church, the United Methodists, who were the most independent-minded and authority-challenging of Methodists, relating this to the significance of religious freedom and toleration.

Professor Elizabeth Tingle – Professor of Early Modern European History at De Montfort University, Leicester. Previously she taught at Plymouth University and the University of Northampton.
Subject: Irish Catholic Refugees in Europe in the early 1600s
Professor Tingle specialises in the history of the French Wars of Religion and in the European Catholic/Counter Reformations. She has just completed a project on long-distance pilgrimage in north-west Europe in the sixteenth and seventeenth centuries. Professor Tingle is a fellow of the Royal Historical Society, a member of the Royal Archaeological Institute and an officer of the Ecclesiastical History Society of Great Britain.

Revd Dr Stuart Jennings – Certificate coordinator for Historical studies at the Centre for Lifelong Learning, University of Warwick, where he had also served across the university as a chaplain from 2006-2017. Specialist in Nottinghamshire history, Warwick University
Subject: Faith and Fighting in Nottinghamshire during the Civil War
Revd Dr Jennings received his doctorate from Nottingham Trent University for his work on Puritanism and Protestant Nonconformity in Nottinghamshire, 1600-1700. His book on Newark in the Civil War won the Aland Ball national prize for Local history and he is also the author of 2 books, 17 academic articles and a chapter in three collaborative volumes. He continues to serve as an academic advisor to the National Civil War centre at Newark

Mr John Pontiflex – Head of Press & Information for Aid to the Church in Need (UK).
Subject: Has Religious Freedom become an Orphaned Right?
In his 17 years with the Catholic charity for persecuted and other suffering Christians, John has travelled widely in Africa, Asia and the Middle East. He has investigated human rights violations relating to Christians and other faith minorities. He has visited locations where persecution has taken place, interviewing survivors and Church leaders.
John has acted as Editor-in-Chief of ACN’s Religious Freedom in the World, (latest report launched in the House of Lords in November 2018). The report examines the degree to which religious freedom is upheld in 196 countries around the globe. John is a regular media contributor, internationally, on the topic of persecuted Christians.

This event is organised by Bassetlaw Christian Heritage and will be the fifth annual forum focussed on tolerance to be held in Retford.