WHAT ARE THE THREE SISTERS?

The ‘three sisters method’ is companion planting at its best, with three plants growing symbiotically to deter weeds and pests, enrich the soil, and support each other.

The tradition of growing sweetcorn, beans and squashes together is laid down in the stories of the Iroquois people (Native North Americans) who believed that corn, beans and squash were three inseparable sisters and would only grow and thrive together. Bringing things right up to date, it is easy to see that the tradition describes a sustainable growing method providing long-term soil fertility and maximizing growing space. 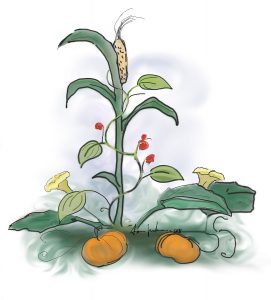 By the time European settlers arrived in America in the early 1600s, the Iroquois had been growing the “three sisters” for over three centuries. The vegetable trio sustained the Native Americans both physically and spiritually. In legend, the plants were a gift from the gods, always to be grown together, eaten together, and celebrated together.

HOW TO PLANT THE THREE SISTERS

There are many variations to the Three Sisters method, but the idea is to plant the sisters in clusters on low wide mounds rather than in a single traditional row.

Before planting, choose a sunny location (at least 6 hours of full sun every day). This method of planting isn’t based on rows, so think in terms of a small field. Each hill will be about 4 feet wide and 4 feet apart, with 4 to 6 sweetcorn plants per hill. Calculate your space with this in mind.

Sometimes a fourth sister is included, such as a sunflower or amaranth, which attracts pollinators and lures birds away from the seeds. Sunflowers can be planted at the cross section of the spaces between the corn hills, and harvested for seeds. Amaranth could come up among the squash, and could be harvested both for greens and for seeds. 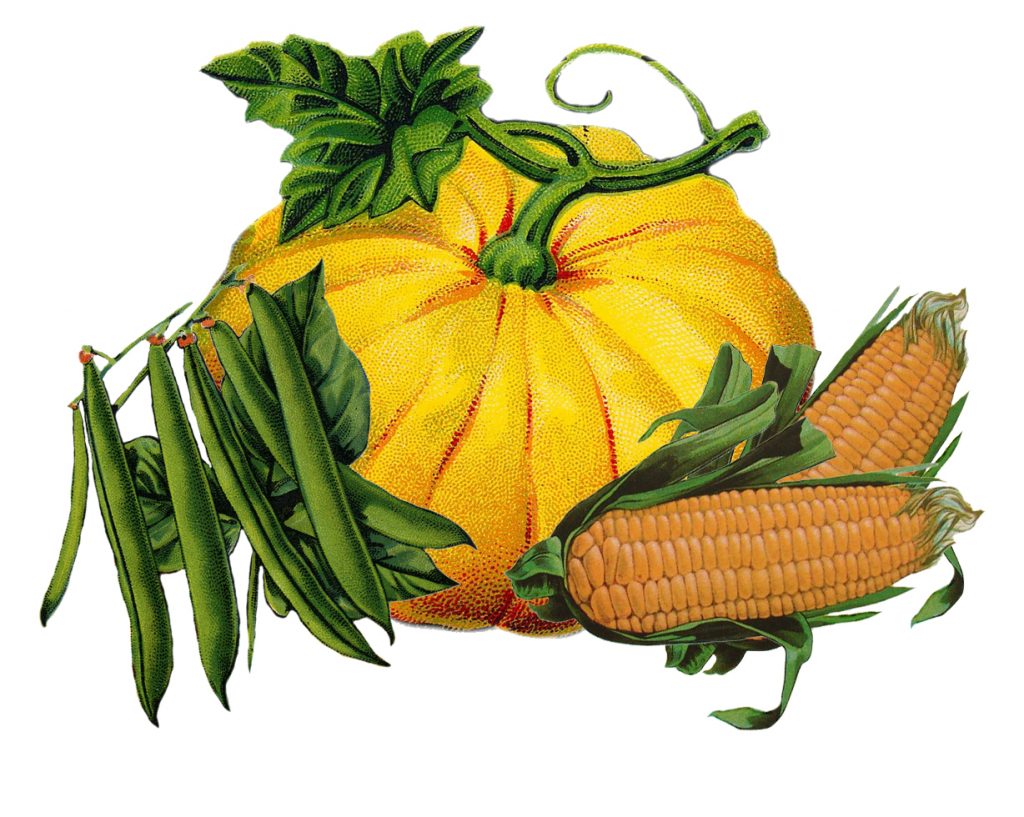