Forming a ‘civil body politic’ Once they arrived on the shores of America in mid-November, the Pilgrims faced a hard winter, realised they needed a new legal agreement, and managed to survive thanks to help from the Wampanoag Native Americans who already lived there. The ship stopped just off the coast of modern-day Provincetown in […] 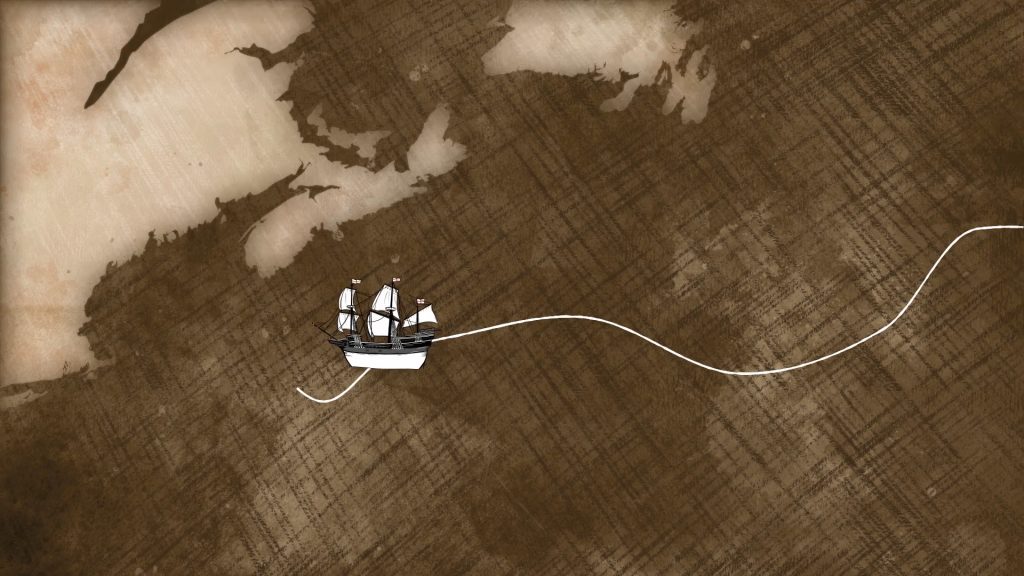 Coming to America The Mayflower set sail for Virginia in September 1620 with around 130 passengers and crew. In lateNovember, the ship sighted land – but they were further north than planned. After a long voyage across theAtlantic, the Pilgrims were just off the coast of Massachusetts. Pilgrim diarist William Bradford recalled the drama of […] 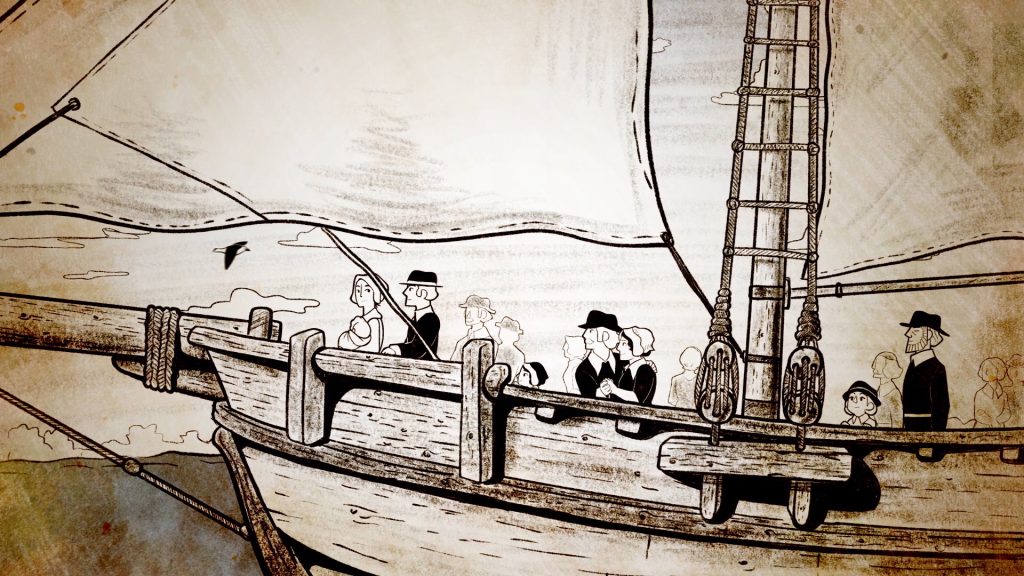 The Pilgrims leave England for the last time The Mayflower set sail from Plymouth on the 16th September 1620 – or the 6th September according to Bradford’s diary (to explain, and just to make things a bit more complicated, in 1752, the Old Style Julian calendar was changed to the New Style Gregorian calendar we […] 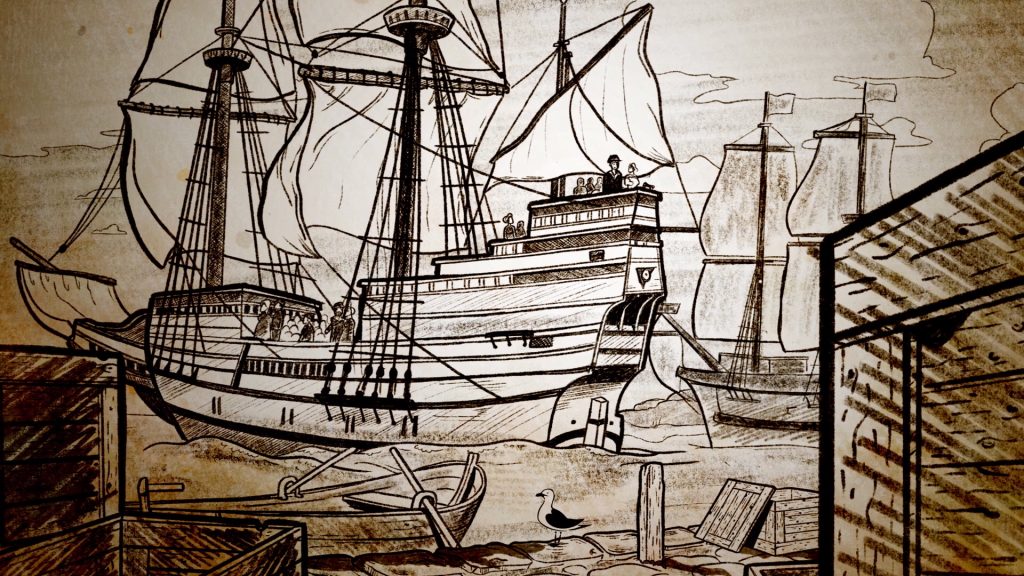 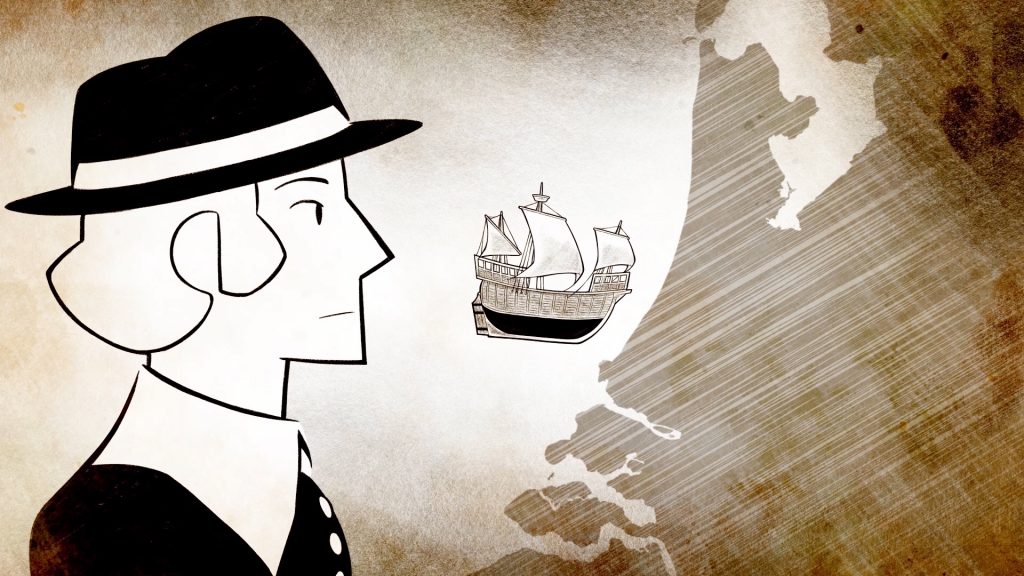 For “they knew they were pilgrims”: preparing for a voyage Once the Separatists in Holland started to conclude they wanted to move on again from the homes they had established in Leiden, there was much work to be done. They had lengthy discussions about where they should go. Some suggested Guiana while others preferred Virginia, […] 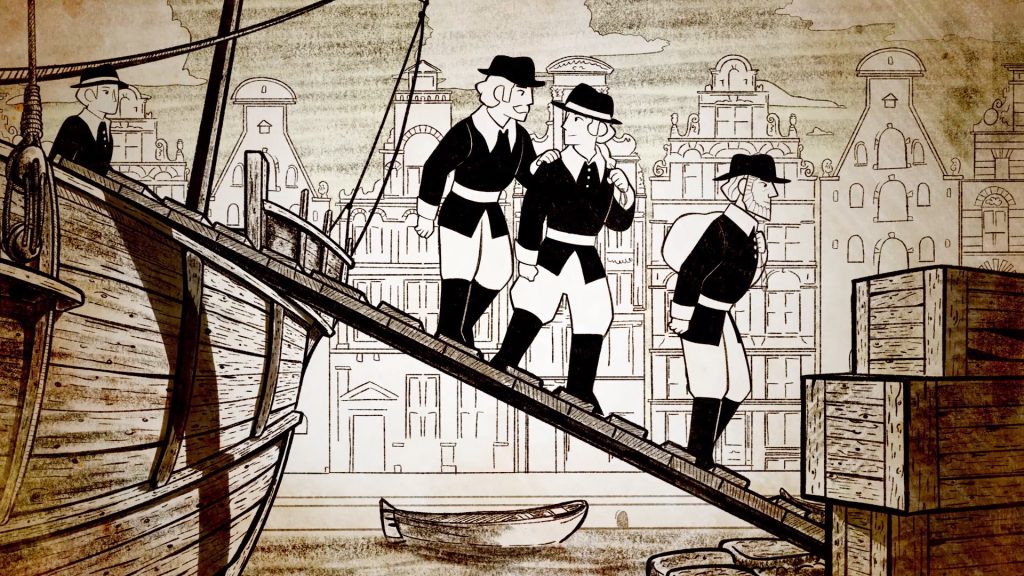 Religious riots, wars and rebellion in a turbulent Europe The Pilgrims’ lives in Leiden began to become increasingly difficult and uncertain in the years running up to 1620. They had been accepted in the city, but there were other factions who they didn’t always agree with. Bradford recalled the religious arguments that rumbled on, which […]

To play the King: the Pilgrims continue to provoke James I Even though the Pilgrims were now living in Holland, they were still at odds with the English authorities and the King, James I. Leading Pilgrim and Elder William Brewster had set up a printing press with the financial support of another of their group, […]

Life in Leiden Many of the Separatists from the Gainsborough area and other places in England had escaped to Holland in 1608, and after a year in Amsterdam, they moved – under the leadership of Rev John Robinson – to the neighbouring city of Leiden. Bradford, Separatist Pilgrim and later diarist of their lives and […] 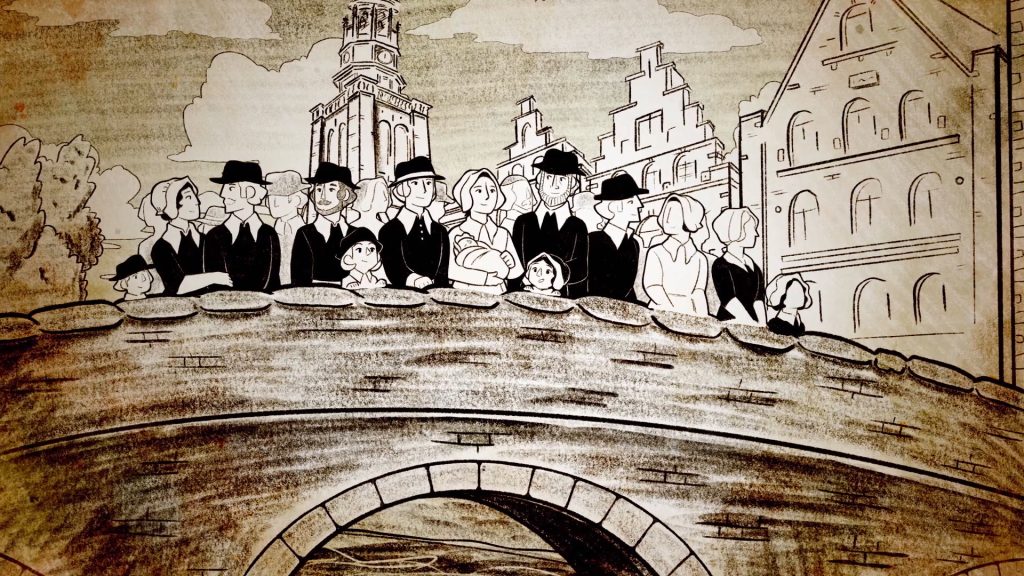 Arriving in Amsterdam Eventually, the Pilgrims all made their way to Holland after managing to escape from England in the summer of 1608. Their journeys so far had, according to their chronicler William Bradford, captured the popular imagination: “For by these so public troubles, in so many eminent places, their cause became famous.” Bradford recalled […]